Inc. Magazine Names Signal One of the Fastest Growing Companies in the U.S. – Two Years in a Row

A year after topping Crain’s Chicago Business’ annual Fast 50 List of the Windy City’s fastest-growing companies, Signal this week roared back into the upper echelon of Crain’s 2017 rankings, landing at number 4.

“Defying the law of large numbers — the bigger you get, the harder it is to make big gains — isn’t easy,” Crain’s notes, applauding Signal’s 11,638.7% revenue growth between 2011 and 2016. Signal also reported 53% annual revenue growth since last year’s Fast 50, a surge fueled by referrals from existing customers as well as clients expanding their use of the company’s enterprise-wide identity platform.

Signal co-founder and CEO Mike Sands accepted the Crain’s honor at the publication’s first-ever “unveiling breakfast,” held Thursday morning in downtown Chicago’s Hyatt Regency Hotel. “Chicago is such a cool place to build a tech company,” Sands told the crowd of nearly 500. “It’s a place that is alive and well to celebrate the entrepreneurial spirit.” 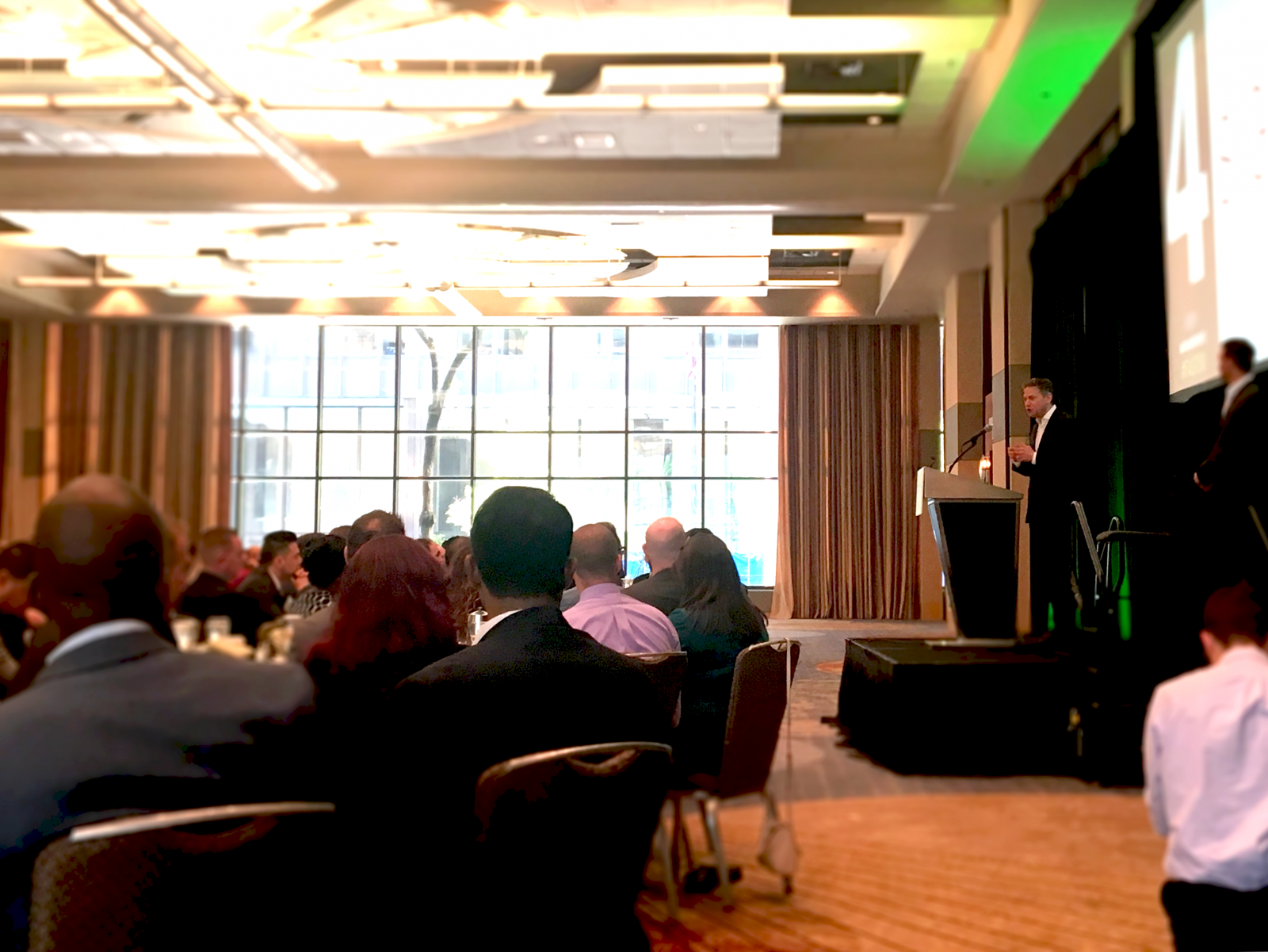 While hailing local talent and innovation, Sands also encouraged fellow honorees to look outside Chicago — and beyond U.S. borders, for that matter — to foster future growth. “We focused on being great here, then we went global,” he said. “We’ve been able to attract clients all over the globe.” In fact, international customers now generate half of Signal’s revenue, Sands told Crain’s.

Crain’s vetted applications from 111 companies across Chicagoland to identify this year’s Fast 50. Qualifying applicants were required to post 2016 revenue of at least $15 million, along with year-over-year revenue growth from 2015-16 and no more than one year of declining revenue at any point during the 2011-15 period.

Equestrian and outdoor e-commerce site Foal topped the 2017 Fast 50, followed by mortgage lender Renovo Financial at number 2. Both firms’ acceptance speeches stressed the critical role that superior customer experiences have played in building brand recognition and boosting loyalty — a philosophy all businesses should follow, whether in Chicago or anywhere else.

I recently had the opportunity to work on a project upgrading one of Signal’s Redis-based message broker pipelines to Apache Kafka. At Signal, we use Kafka extensively to scale our real-time data platform. Kafka buffers writes to our Cassandra database, enqueues batched data, and provides real-time event streams. We continue to find new ways to …