[lead]Over 850 tech enthusiasts gathered at Park West last night to celebrate the achievements of the Chicago digital community at the annual Moxie Awards, organized by Built In Chicago.[/lead]

Signal was honored to take home the “Best Software Company” award, determined through a mix of public voting and a panel of judges comprised of leaders in the Chicago tech scene. This year, over 80,000 individual nominations were received and over 360,000 individual votes were submitted for the sixteen awards. 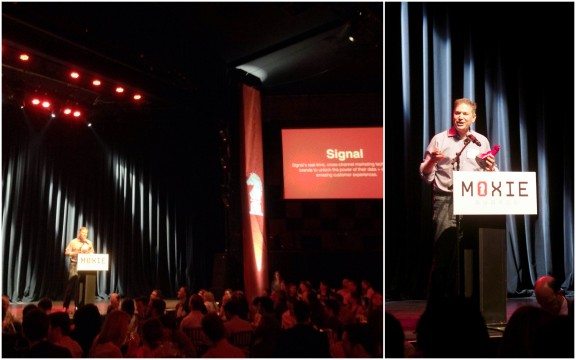 The event brought together both the current leaders and largest advocates of the tech scene including Chicago Mayor Rahm Emanuel who praised the growth of the city’s tech community. The Mayor stated that 40,000 people are currently employed by the digital economy with that number expecting to double to 80,000 in the next five years.

Signal is proud to be a leader in the thriving Chicago tech scene and is honored to receive this award from our friends and colleagues. Congratulations to all of the winners and a big thank you to everyone who supported Signal!

Caroline Lucas was formerly the Marketing Manager at Signal.